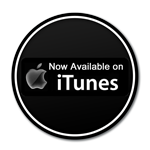 BSA89: Persuasion techniques that get leads practically worshipping you


In this 89th “Ben Settle Show” episode, we rap about:

* Exactly what to say when you call a cold lead so they (1) listen to every word you say (2) don’t dare interrupt you and (3) feel lucky to even be able to buy from you. (If you’re in MLM especially this will make calling leads as easy as falling off a log.)

* What the late Jim Camp (known as the world’s “most feared negotiator”) would say to get any price objections out of the way within seconds of talking to a lead or prospect.

* A secret way used by the world’s greatest phone salesman to “leap frog” over all the gate keepers (even in huge companies) get connected directly to CEO’s and other decision makers.

* Why you should ignore what any girl who tells you she wants a nice, kind, sweet guy says.

* Why so many 21st century chicks prefer clowns over so-called “good guys.”

* The only time so-called “ninja” persuasion techniques work (and when they are guaranteed to work against you).

* How the greatest car salesman who has ever lived gets skeptical and even downright hostile people to stand in line to buy cars from him, and tell all their friends about him. (And how I apply his techniques each month in my own business.)

* What to say if you sell water filters and want people to eagerly hear your sales pitch.

* What famous attorney Gerry Spence (who hasn’t lost a criminal trial since 1969, and has insurance companies and the Federal government cowering in fear of him) does to be so persuasive he was once accused of hypnotizing a jury.

* A sneaky little way of using an assistant to make yourself so “in demand” you’ll be able to jack up your prices and have a waiting list of people wanting to buy from you.

* The sales book Producer Jonathan has sitting next to his desk 24/7 (and that my friend Caleb Osborn says he takes to the bathroom with him and gets a new idea from every time he, uhm, takes care of bid’niz in there – yes, I know, TMI, why so serious?)

And that’s just for starters…

There be tons of sales fun in this episode.